ARTS AND CULTURE NEARBY MENFI

Close to the Doric Temples of Selinunte and to the Greek Theatre in Segesta, Menfi is located at the core of a rich historical-cultural area. It only takes a few minutes to reach the Hellenistic Palmento of Risinata and the Archaeologic Museum of Mount Adranone, as well as the mysterious Rocca di Entella. The Valley of the Temples in Agrigento, the charming village of Erice, the majestic beauty of Palermo and all the most fascinating places in Western Sicily are within an hour or so drive.

The Montagnoli ancient necropolis, located on the banks of the Belìce River, offers testimony to a Sicilian native settlement dating back to at least the 8th century BC. Later in history, this territory became part of the Chora selinuntina, and followed its destinies.

A Berber fortress was later built in the place where Menfi is today: during his war for the unification of Sicily, King Frederick II ordered in 1239 to incorporate this fortress into a castle, to protect the region from the Angevin attacks. The Norman smallholding, however, was never inhabited, except for the military outpost he left behind.

The founding act of Burgiomilluso, the ancient name of Menfi, dates back to 1518 thanks to the Licentia populandi ad vineas plantandum granted by King Charles V of Spain to the Tagliavia family, while the actual construction of the urban center was initiated by don Diego Aragona Tagliavia in 1637.

Among the city monuments are the remains of the Normand Castle, the Palazzo Baronale Pignatelli and the eighteenth-century Villa Ravidà.
Very interesting is the Malacological Museum founded by scholar Vanna Rotolo: with 5,000 specimens between shellfish and corals and 1,700 seashells from all over the world, the Museum houses today the widest collection of the Mediterranean.
In the port town of Porto Palo, the sighting tower, erected in the 16th century, offers a splendid view of the Gulf.

What to see in the outskirts of Menfi 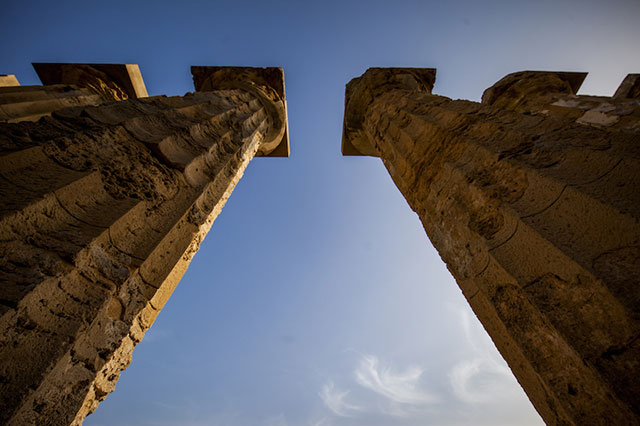 The Archeological Park of Selinunte

Distance: 14 km - 20 minutes
Hosting Europe’s largest Archaeological Park, Selinunte is one of the most interesting settlements in Sicily's Magna Grecia: the majestic temples, the acropolis overhanging the sea and its evident contaminations with the Punic culture are witness to a splendid past. 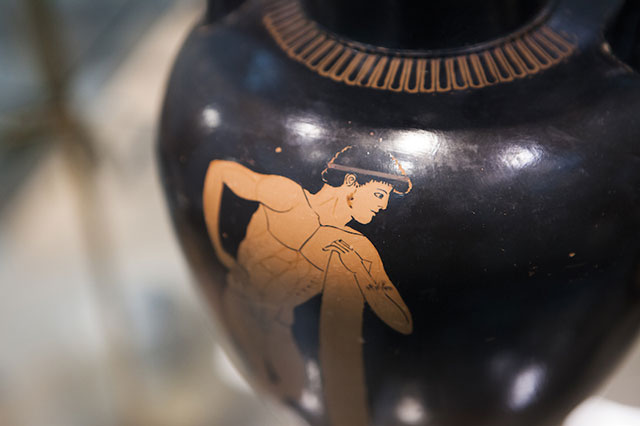 Distance: 24 km - 30 minutes
Overlooking the shores of Lake Arancio, Sambuca reveals its Arab origins in the maze of tiny streets, the “Saracen alleys". The Baroque churches, a small Liberty theater, the Pinacoteca Gianbecchina and Palazzo Panitteri, which houses the Archeological Museum of Mount Adranone, are worth a visit. 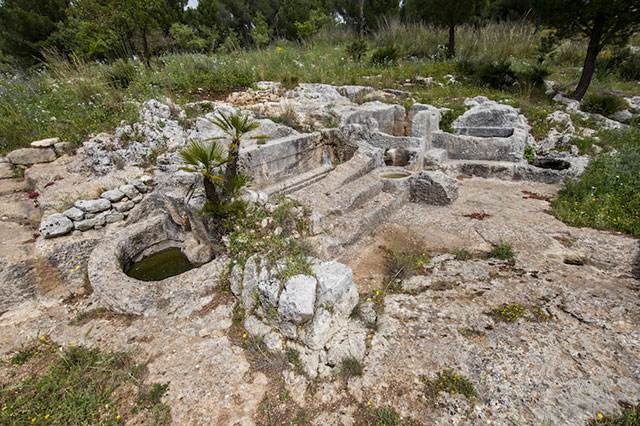 Distance: 25 km - 37 minutes
Not far from Sambuca, surrounded by the Risinata woods, is an extraordinary Palmento dating back to the Hellenistic period: a huge block of limestone rock where wise hands have excavated a complex array of communicating vessels, channels and basins for wine production. 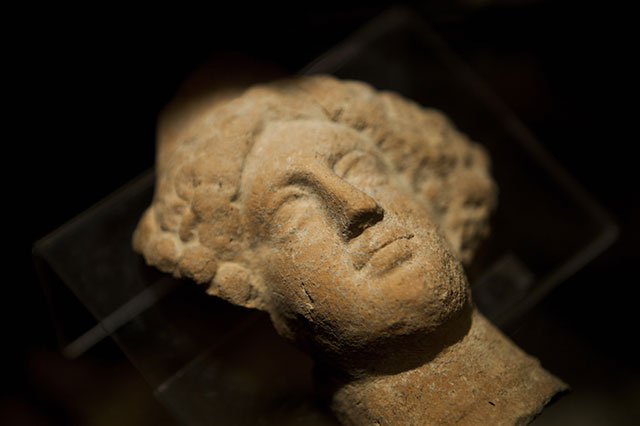 Distance: 35 km - 44 minutes
Inhabited by the Elymians more than 3.000 years ago, the mysterious city of Entella reveals its beauty while approaching Contessa Entellina, an arbëreshë community that still preserves Albanian language and traditions. The Nakone Decrees, terracotta artwork and jewelry are displayed at the local Antiquarium. 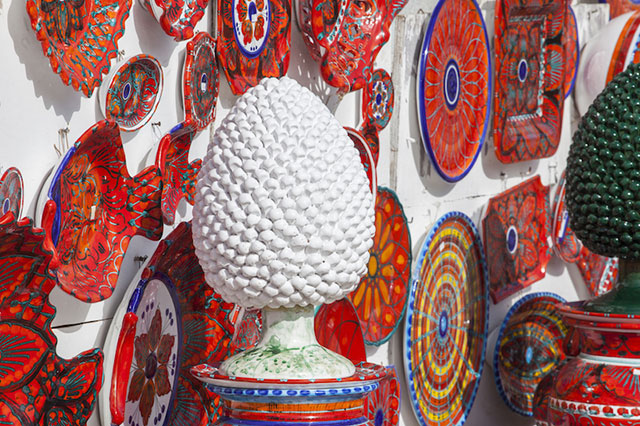 Sciacca and its artistic pottery 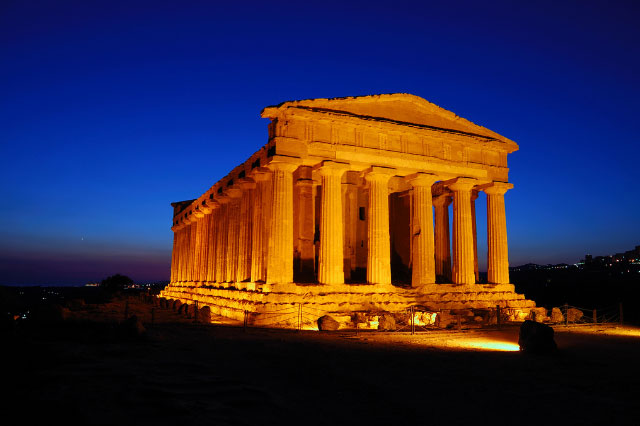 The Valley of the Temples in Agrigento

Distance: 82 km - 1 hour 10 minutes
The UNESCO World Heritage Valley of the Temples is located on the site of ancient Akragas, a powerful Greek colony of the Mediterranean. In Agrigento, pay also a visit to the Holy Spirit Monastery, the Pirandello's House Museum, the Regional Archaeological Museum and the Kolymbetra Garden. 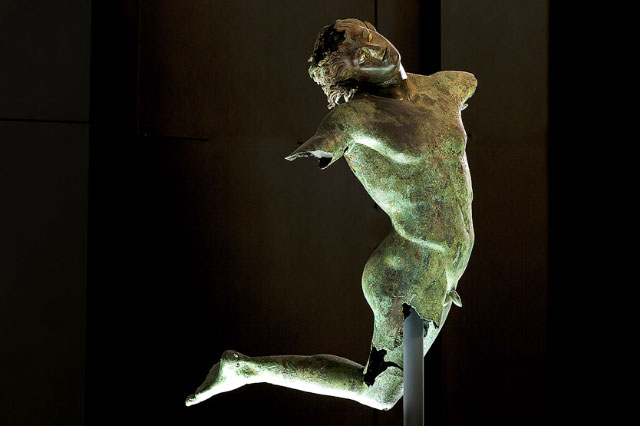 Distance: 42 km - 40 minutes
A melting-pot of peoples and cultures, Mazara displays the charm of its ancient splendor in the Arab alleys of the Kasbah, and in its beautiful churches and plazas. Do not miss the Dancing Satyr, an extraordinary bronze statue attributed to Greek sculptor Praxiteles, which Museum is set up at the S. Egidio’s Church. 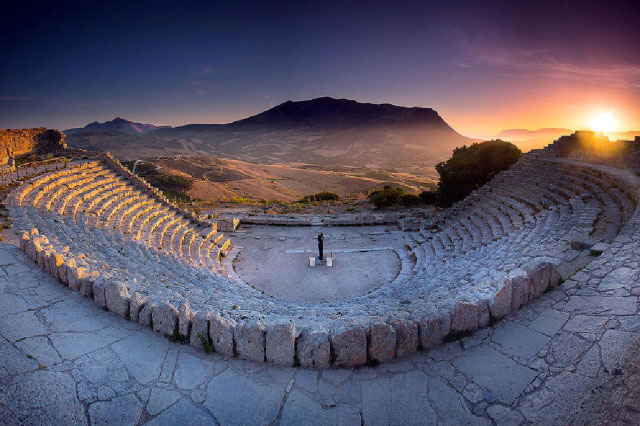 The Greek Theatre in Segesta

Distance: 68 km - 50 minutes
Founded by the Elymians after the end of the Troy War, Segesta became one of the most important Greek colonies of the Mediterranean between the 5th and 4th centuries BC. The most important evidence of that period are the Theater and a monumental Doric temple, still intact in their majestic beauty. 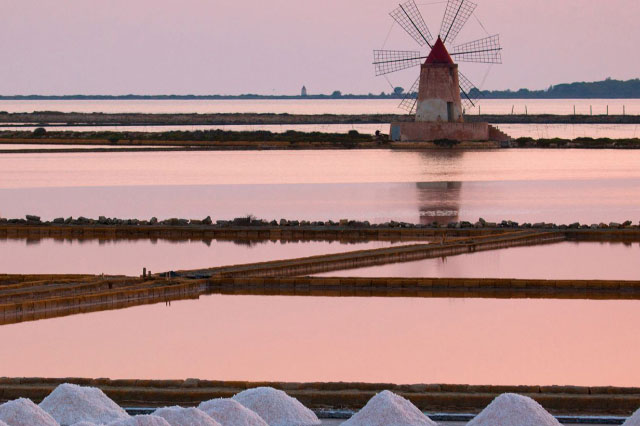 Marsala and the Salt Route

Distance: 76 km - 1 hour 10 minutes
Marsala’s Baglio Anselmi houses the relics of a Punic warship dating back to the 3rd century BC, while the Civic Museum displays the story of Garibaldi’s landing in Sicily. Pay also a visit to the island of Mozia, a Phoenician colony, and to the Ettore Infersa saltpans and windmills. 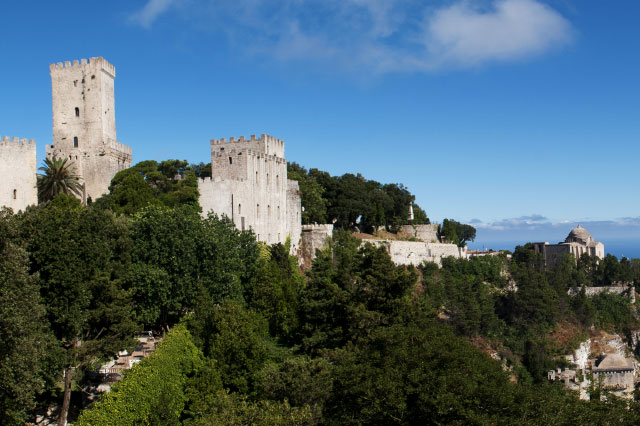 The Medieval town of Erice

Distanza: 106 km - 1 ora e 30 minuti
A mythical place where, according to the legend, Aeneas stopped by during his escape from Troy, Erice was a sacred center devoted to the worship of Venus. Today a charming village entirely made of stone, it offers a wonderful view over the Gulf of Trapani. Its numerous churches and historic buildings are worth a visit.

The magnificent city of Palermo

Distanza: 85 km - 58 minuti
Founded by the Phoenicians between the 7th and 6th centuries BC, Palermo is one of the most beautiful cities in the Mediterranean thanks to the peoples who have lived there for millennia. Sightseeing suggestions include: the popular markets, the Arab-Norman route, the Baroque buildings.

Menfi and its territory

Come to see us at the winery, we will be happy to have you!