Massal selection is a traditional technique for vines' reproduction that aims at preserving their intra-varietal genetic variability, in order to maintain the vineyard's distinctive traits and its relation with terroir intact.
Why is it so important for wine's quality?

Dietro le Case is a beautiful vineyard of Inzolia planted by my father Pietro in 1970 through massal selection from older vines originally selected by my grandfather in 1920s within the Menfi's area. They are original native clones, wonderfully adapted to the micro-climatic conditions of Tenuta Belicello, which perfectly embody our ancient wine culture and the character of terroir in Menfi.

I feel blessed for the opportunity I have been given: taking care of such a beautiful old vineyard that contributes to creating the most amazing landscape, a few steps from the Mediterranean Sea.
I love how longtime adaptation to soil, microclimate, and to specific environmental conditions determine natural modification processes in the vines that slowly dampen their generic varietal character and otherwise create a stronger, authentic identity deeply linked with terroir. And I also love the superior quality that old vines transmit to their grapes, thanks to the overall balance that they are able to reach with the place where they live. 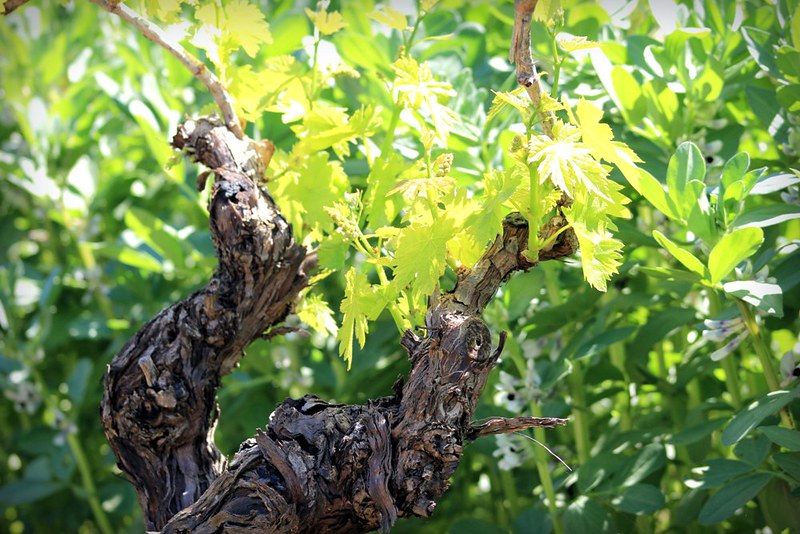 Unfortunately, old vineyards in Sicily are not as widespread as they are in other Italian Regions, for different reasons that I will try to explain.

The main reason is 100% financial: an old vine produces 50 to 70% less grapes than a young one, and not all vintners can afford the costs of a vineyard that simply does not yield enough. This is particularly evident considering that Sicilian grapes and wines are often underpriced, and that there is still a lot of cheap bulk juice sold by large wine producers to industrial bottlers and merchants who get the margin that should instead be guaranteed to growers.

Another reason is probably not so blatant, but similarly has an economic origin. In the past 50 years, wine production in Sicily has gone through several phases, not always understandable or desirable, sometimes generated by mere economic speculations little linked to the historical and cultural heritage of my beautiful island, and poorly respectful of its terroir. In many cases, older vineyards planted with Sicilian varieties and native original clones have been ripped off to make room for more “fashionable” grapes like Pinot Grigio or, most recently, Glera (the grape variety used in Veneto to make Prosecco bubbly wine), and many others.

Sadly, the desire for quicker and easier money has strongly contributed in the past and still contributes today to the impoverishment of our ampelographic patrimony and to the definitive loss of our old indigenous vines.

I am convinced that losing this extraordinary heritage ultimately entails much higher costs, both from an environmental and cultural point of view, than its effective protection.
For that reason, I have dedicated the past 10 years to safeguarding biodiversity and the original genetic material that has evolved in vineyard Dietro le Case for almost a century. 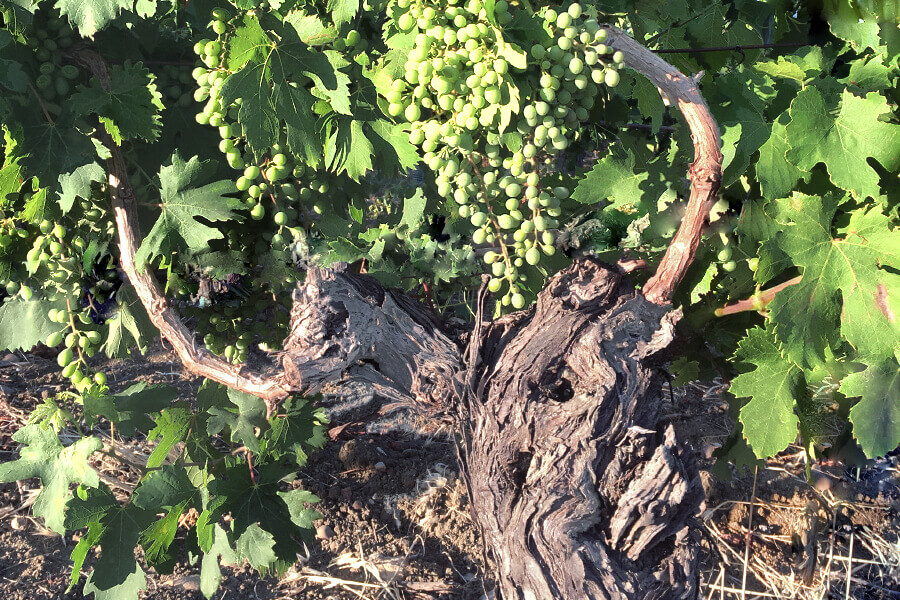 My first action, back in 2007, was to reproduce these old vines by grafting their gems onto new rootstocks, creating a new vineyard of Inzolia that would continue the massal selection started by my grandfather in 1920s. This younger vineyard bears the same genetic variations and hosts the same different phenotypes as the old one, and now it gives me the grapes for Tivitti, a fresh and dynamic white that has soon become very popular amongst my wines.

This year I moved further and performed a much more delicate operation. For several years, I took care of the “wild” roots of many damaged or dead vines by training them to provide a new solid stock, and a few days ago I could finally re-graft them with the original genetic material carved out the same vineyard.
My goal is to preserve the depth and width of the living root system, perfectly adapted to the site and able to absorb the scarce humidity of the subsoil, in order to give the new shoots more chances to grow strong and to interact with the old vines still in place.

This video shows the entire process. An antique, manual art that has developed throughout 20 centuries and that only few people still master today.

I am now crossing my fingers: only time will tell if Dietro le Case will be able to live and produce beautiful grapes for many years to come.