What has become of the Passito?

The DOC Sicilia Appellation: what is going to change in wine marketing and label design with the new rules

Today I could finally have a look at the regulations for the DOC Sicilia, the brand new appellation that will be glued on the most part of the Sicilian wine bottles starting 2012 vintage. It took almost two years to be approved, even if all the process was discussed for much longer.

No, I do not like the new rules. Basically, because they do not oblige Sicilian wineries to bottle their wines in Sicily: a final decision that pleases many of the biggest producers of bulk wines, who were scared to death of losing their big contracts with even bigger bottlers, based both in Italy and abroad (I know of one based in Sweden, would you ever believe?).

Now, every respected Italian DOC determines that all wine production processes, from grape growing to winemaking to bottling, should be completed within the territory covered by the Appellation, in order to control that all the wines subjected to and protected by that specific DOC comply to its specific production rules. Which will not be the case in Sicily.

I don’t understand why nobody thought that those big bottlers could be forced to invest in Sicily, bottling bulk wines here, building new companies to do the job or using the existing Sicilian plants, which are easier to control, and paying their taxes to our regional government, giving some money back to where their big money is made.

Some may naughtily think that the main reason is exactly to help those companies eluding the same rules it took so long to establish… And doing so, giving profits to the same speculators that everyday flood the market with that cheap undrinkable crap which is ruining the reputation of Sicilian wines. 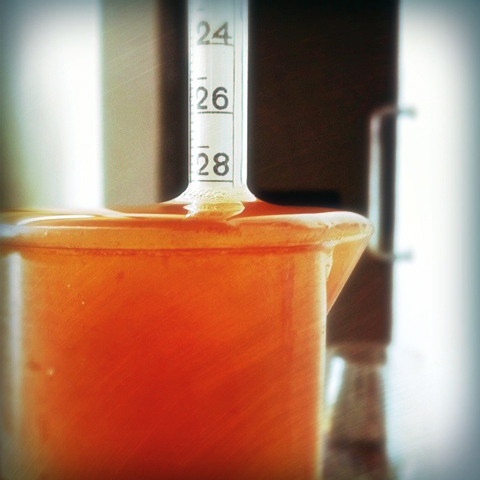 Well, this could just be enough… but unfortunately it is not.

Guess what? According to the new rules, Sicilian winemakers (except the ones that are based in the small island of Pantelleria, who use a different appellation) will not produce “passito” anymore. All we will be allowed to make is a surprising “vendemmia tardiva”, which generally translates into “late harvest”. Surprising, because a Sicilian passito has nothing to do with the most famous Canadian, South-African or Australian late harvest wines, which are totally different in taste, smell and personality. And, most of all, because nobody in the world would relate this generic “late harvest” to a traditional, original, typical Sicilian quality wine.

I thought and thought of a possible reason. Then, some light flashed inside my brain: how could I be so blind? Of course this brilliant idea has much to do with our ancestral passion for self-maiming, a congenital form of masochism that we Sicilian people have developed throughout the centuries, and which has led us, formerly the “cradle of the Mediterranean civilization”, to become a place whose economic development is lagging behind. 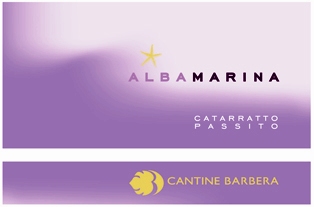 Now my personal problem is: how can I explain to the Americans, the Russians and the Chinese that Albamarina will become a “late harvest”??

It really doesn’t taste like an ice-wine!
It is a sunny wine, full bodied and rich in taste and color, it smells of ripe apricot and figs, and brings out the powerful warmth of the Sicilian climate.

The grapes are fermented twice. A first harvest is performed when the grapes reach the right ripening stage, and are fermented at a controlled temperature in stainless steel tanks until dryness. The most part of the grapes dry on the vines for about two more weeks, are forced to concentrate an amazing level of sugars and aromas, are finally added to the first wine and re-fermented with all their skins, until the wine reaches a miraculous balance between sugar, alcohol, acidity and salinity.

The precious essence of the Mediterranean sun and sea, that can not be called other than passito.
Despite what stupid rules may say.